Stephen Weese (a.k.a. Steve Racer) is an up and coming actor and a Robotech fan since 1985. His favorite character is Max Sterling. His quest: to play Max in the upcoming Robotech film. This film is his audition. It is a recreation of the first scene in the Robotech episode, "Wedding Bells." If you like what you see, please Vote for Steve to play Max.

Why should Steve play Max? 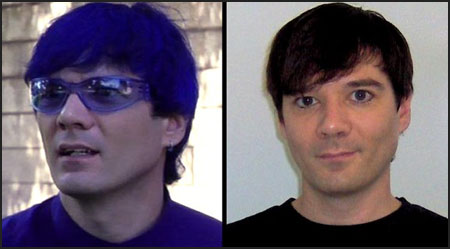 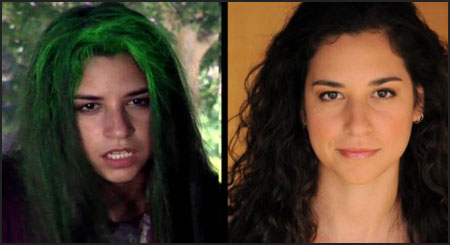 First of all, I want to say I am an actor and a writer -- not a director or an editor. I've done my best since I had to take on those roles for this project.

I decided to cut some of the original dialogue to make the action sequence flow better. I am a fencer, and I decided that since you don't "fence" with knives, we would try to do a more realistic knife fight. Lisa hadn't done any fighting like this before, so I worked with her a day or so before the shoot.

Editing in the original music was hard.

I seriously injured my back when I slipped on the grass near the very end of shooting and I wasn't able to film a few shots, like Max doing the flip, which I had been saving for last. (I'm mostly better now, thanks.)

I always wanted to be Max. When I was 15, my Dad took me to LensCrafters and I got blue glasses as close as I could to match his.

For many years online, I have been known as Max Sterling. I joined online communities and started the Robotech Freespace 2 MOD as Max -- I was lucky enough to get the username "Max Sterling" on Robotech.com when a friend sent me an instant message at 3am telling me the site had launched in 2001.

I wanted to try a "Day for Night" shoot, since hanging out in public parks in the middle of the night is generally frowned upon. The sun was so bright however, there was no way to produce this effect. Good thing I did a few takes without me saying the "a girl at night" line.

I have a funky cowlick on the back of my head -- it makes my hair look funny. But I'm not losing it, yet.