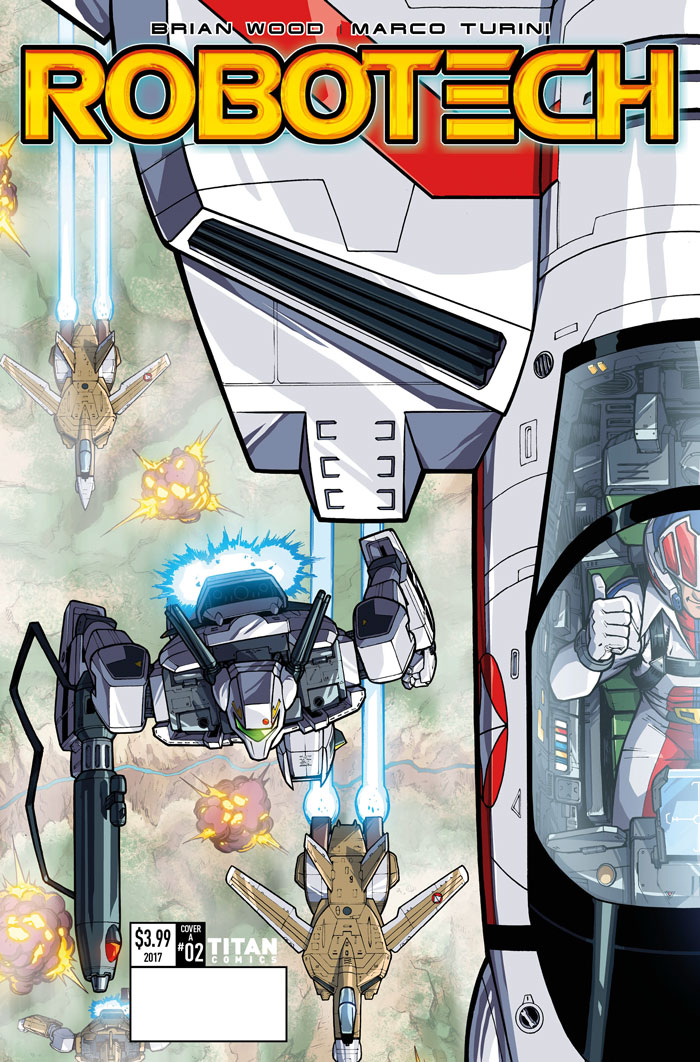 Check out Comicbook.com exclusive ROBOTECH #2 Cover by Nick Roche. You wanted new comics and Titan has answered. Who is Nick Roche you ask? He is known for pencil work on books like New Warriors, Transformers and Project Monster Motors. According to Comicbook.com, Roche is a huge fan of the ROBOTECH franchise

It turns out Nick is a big fan of the franchise, so it wasn't hard at all to come up with ideas for the book's cover. "I had an even goofier grin than usual the whole time I was drawing my first ROBOTECH cover," said Roche. "From all the unused sketches (one of which included the SDF-1 in full cosmic space mech mode - next time, eh...?) to inking those beautiful, beautiful Valkyries. I don't know why Titan thought my ten-plus years of working professionally on 'A.N. Other Shape-changing Robot Franchise' would make me a good choice for this cover gig, but thank the God of Fan-Dubs they did."

Head over to http://comicbook.com/comics/2017/05/19/exclusive-robotech-2-cover-reveal for the rest of the story and high-res cover.