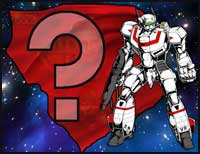 According to the Hollywood Reporter, Alfred Gough and Miles Millar (The Mummy: Tomb of the Dragon Emperor and TV's Smallville) have signed on to write the script for the upcoming Robotech Live Action Movie.

What we would like to know is what happened to Lawrence Kasdan's (Raiders of the Lost Ark and The Empire Strikes Back) draft? Did he just write the first draft? Were Gough and Millar brought on to spice things up on a more contemporary level? Will veritech fighters wear capes now? Join us as we speculate.

Discuss this topic in the forums 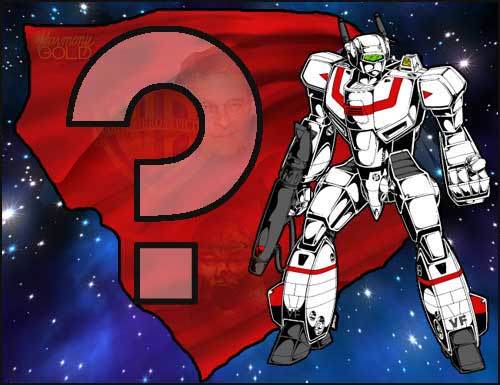 It seems that the first draft of the Robotech Live Action Movie script that was penned by Lawrence Kasdan (Raiders of the Lost Ark and The Empire Strikes Back) will now be succeeded by a second draft by Alfred Gough and Miles Millar (The Mummy: Tomb of the Dragon Emperor and TV's Smallville).

For starters this is what was released today on the Hollywood Reporter News:

Alfred Gough and Miles Millar have been drafted to pen "Robotech," Warner Bros.' adaptation of the anime classic.

Akiva Goldsman and Chuck Roven are producing with Tobey Maguire and Drew Crevello.

"Robotech" was a 1980s cartoon series from Harmony Gold USA and Tatsunoko Prods. It was re-edited and re-dialogued to combine three Japanese anime series to give the producers enough episodes to air as a daily syndicated series.

A sprawling sci-fi epic, "Robotech" takes place at a time when Earth has developed giant robots from the technology on an alien spacecraft that crashed on a South Pacific isle. Mankind is forced to use the technology to fend off an alien invasion, with the fate of the human race ending up in the hands of two young pilots.

Lawrence Kasdan wrote a previous draft. Warners is intent on keeping the project moving forward, and Gough and Millar bring action and geek cred to the table. The WMA-repped duo worked on "The Mummy: Tomb of the Dragon Emperor" and "Spider-Man 2," among other films, and were showrunners on TV's "Smallville" for many years. 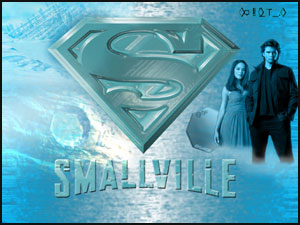 Gough and Millar were the creators and executive producers of TV's Smallville who announced earlier this year that they would not be staying for the 8th season of the series. To quote their open letter: "We leave knowing that 'Smallville' is the longest-running comic book-based series of al time. The show was featured on the covers of Rolling Stone, MAD Magazine, TV Guide and Entertainment Weekly. The pilot had the highest-rated premiere in the history of the WB. Even in its seventh year, it is still the #1 scripted show on the network."
The show was very successful, bringing a fresh contemporary concept. If this is any indication of how their script might go, many old time Robotech fans might be a bit disappointed. But it might be just what the movie needs to reel in new audiences. 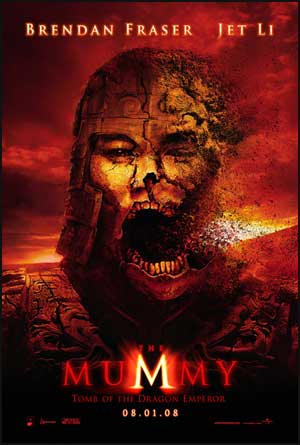 As good as the Smallville series was, the latest installment in The Mummy franchise, The Mummy: Tomb of the Dragon Emperor validates Robotech fan's worries. Why you ask? Because of the writing. Overly-cliched jokes and lack of character depth were the shortfalls of the film.Yes, these are same guys that are penning the script for the Live Action Movie. Not all hope is loss though. How can you really improve two previous Mummy movies?
Let us not forget Spiderman 2, which along with Michael Chabon, Gough and Miller wrote the screen story for. This is were there is hope for the Live Action Movie. All we can do is wait.
So what of Kasdan's script? Why the second draft? Was Kasdan's script not good enough? Once again we are left with many questions and while we wait hopefully, there might be some answers in the days to come. One thing is for sure, to appropriately use an old cliche, we'll just take every development with a grain of salt.
RELATED LINKS
www.cinemablend.com/new/Spider-Man-Write...-Robotech-10902.html
www.ropeofsilicon.com/article/write-this...n-xxx-3-and-robotech
http://www.hollywoodreporter.com/hr/cont...c01f59bd0ae113a5d
http://www.comicmix.com/news/2008/11/17/miller-and-gough-to-rebuild-robotech