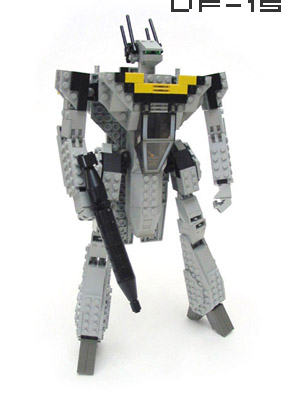 Have you ever wondered what a VF-1 would look likr if it was made out of LEGOS? Well look no further than the image to your left. That's right, FoundryDX specializes in LEGO-based Robotech models instructions. Of course, the instructions are available for a price.

Currently the website is going through some re-design but check it out anyway at: www.foundrydx.com

Guangdong Qianhe Audio & Video is pleased to debut the new Collector's Edition of Robotech: The Shadow Chronicles to fans at the 4th annual China International Cartoon and Animation Festival.

This special 2-disc set, supervised by Guangdong Qianhe Audio & Video, features the award winning film with digital audio in both Chinese (2.0) and English (5.1) with over 140 minutes of bonus content, including new Chinese material exclusive to region 6! 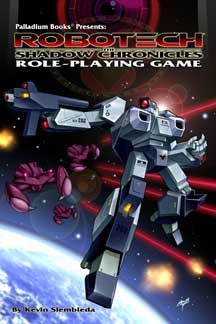 The BIG news is RobotechÂ® The Shadow ChroniclesÂ® RPG shipped to distributors Thursday, March 20, and should be hitting store shelves around April third. We had so many mail orders (several hundred) that it took us two days to ship them all. A hundred or so went out Thursday, with the rest, a few hundred more, shipping out Friday. Seven of us, including the Palladium crew, intern, Margaret Hailey, and pal, Josh Hilden, in town to help with the prep for Palladiumâ€™s big move, boxed and packed books till 8:30 Thursday night so we could get everyoneâ€™s books out to them as quickly as possible.

So whatâ€™s the initial reaction? Folks are loving it. Comments have included things such as. â€œWow, it looks fantastic.â€ â€œI didnâ€™t think Iâ€™d like the small size, but I do. Itâ€™s comfortable.â€ â€œI love the cover and interior art.â€ â€œI canâ€™t believe how much new material is present, but you keep the RobotechÂ® feel I remember.â€ â€œWhen are sourcebooks coming out? I want more!â€

Those are exactly the reactions we were all hoping for, and we think most of you will agree. Please let us know what you think. 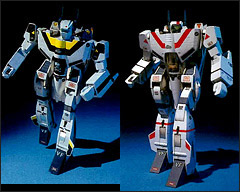 LOS ANGELES, California - Toynami announced that they will begin distributing classic 1/55-scale VF-1 transformable toys based on the original Japanese molds designed by Takatoku. These toys are highly coveted among casual fans and dedicated collectors alike for their sturdiness and rarity. and now Toynami will be bringing them around the world at affordable prices.

The VF-1 is also widely recognized by Transformers collectors as the underlying form of the original G1 Jetfire toy. This release will mark the first time that these toys will be offered officially outside of Japan under both the Robotech and Macross brands.

Toynami will begin this summer with anniversary editions of 1/55 VF-1S and VF-1J variants and continue this fall with armored VF-1A Super Valkyries as seen in Macross: Do You Remember Love. 2009 will mark the release of 1/55 Veritechs from the Robotech television series, with plans to eventually release all known 1/55 Valkyrie toys, including rare and exotic variants.

Pre-order your 1/55 VF-1 from the Robotech.com Store